« PreviousGoogle+ privacy over email
Next »MAC Versus PC, which do you support? 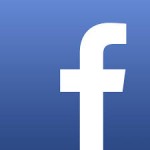 Among the various Social Medias, Facebook is the one that gained most popularity and spread like virus. But slowly we are becoming immune to this virus and Facebook in 2017 will lose 80% of its users according to researchers at Princeton University.

The researcher John Cannarella and Joshua Spechler from Princeton’s department of Mechanical and Aerospace Engineering, US made this prediction based on number of times Facebook is typed into Google as a search term. The result as a chart produced by Google Trends service shows Facebook searches peaked till December 2012 then later, it has begun to go down track. Facebook in 2017 will eventually lose 80% of its users.

“Ideas, like diseases, have been shown to spread infectiously between people before eventually dying out, and have been successfully described with epidemiological models,” the authors claim in a paper entitled Epidemiological modeling of online social network dynamics which further adds, “Ideas are spread through communicative contact between different people who share ideas with each other. Idea manifesters ultimately lose interest with the idea and no longer manifest the idea, which can be thought of as the gain of ‘immunity’ to the idea.”

Here are some reasons that support John and Joshua forecast for Facebook’s downfall.

Facebook’s chief financial officer David Ebersman admitted and said that “We did see a decrease in daily users, specifically among younger teens.”

« PreviousGoogle+ privacy over email
Next »MAC Versus PC, which do you support?