Be aware of AutoCAD malware 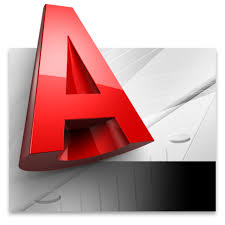 The malware coders have created something which at first look appears to be part of the program. There are substantial amount of users operating with non-current versions, and more than likely, vulnerable versions of AutoCAD. Security researchers have discovered AutoCAD malware that opens up compromised machines to secondary exploits.

ACM/SHENZ-A is a legitimate component of AutoCAD software for computer-aided design (CAD). Security researchers Trend Micro have revealed that malicious file opens up systems to exploits, especially those targeting old vulnerabilities. Once this malicious file is ingrained, ACM_SHENZ.A get hold of all the administrative rights which make it easy to access and create network share for all drives. It also additional malware to be plated such as the FAS carrier of this deadly malware. It’s deadly in a sense that the users will not consider a file with .FA extension unusual and just ignore it.

According to Trend Micro, “It appears to be a legitimate AutoCAD component with a .FAS extension, but on analysis it actually opens up systems to exploits, specifically those targeting old vulnerabilities.”

“By opening the ports, exploits that target SMB can successfully run on affected systems, provided that the relevant vulnerabilities have not yet been patched,” explains Anthony Joe Melgarejo, a threat response engineer at Trend Micro, in a blog post about the attack. “Security bulletins that cover the SMB vulnerabilities include MS10-020 and MS11-043.”

“The decision to create an account with administrator privilege is a strategic one.  Without the said account, the attacker will have to crack passwords for existing accounts or remotely create one — processes that can be difficult and time-consuming. With the admin account, the attacker can easily steal all the files in those drives and plant other information-stealing malware.”

Security researchers revealed this another AutoCAD malware ACAD/Medre.A as a worm which was programmed to send AutoCAD drawings via email to an account in China.

The experts at ESET said, “ACAD/Medre.A is a serious example of suspected industrial espionage. Every new design created by a victim is sent automatically to the authors of this malware. Needless to say this can cost the legitimate owner of the intellectual property a lot of money as the cyber criminals could have designs before they even go into production by the original designer.”

Though AutoCAD malware is scarce, the big companies who spend lots of time and money in design should be very aware of this malware so that their designs are not stolen and patented by others. Moreover, engineering departments need to be aware since CAD drawings are now a valid attack vector. And of course, you should not ignore the .FAS extension.

Setting up parental controls on all of your gadgets 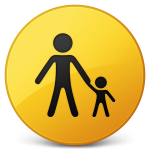 These days, many of the electronic devices have parental control which is very beneficial if you have kids who use your laptops, Smartphone and other devices time and again. Setting up parental controls helps in restricting adult content, accidental shopping etc. to your children.

If you are wondering how it could be possible then here we are to help you out. Below is a helpful guide on how to set parental control over various Operating System (OS) and gaming systems.

For handling the user access control, Windows relies on Microsoft’s Family Safety Website where you are able to set separate account for your every child, limit their access to risky websites; limit the amount of time they spend on games etc. For this, you’ll have to:

For setting parental control in Android, the device will need to run Jelly Bean version 4.3. You can then:

In iOS, you do the following to can set the parental control:

Setting up parental control in Xbox One is somehow similar to windows.

For setting parental control in Playstation 4, you should:

So, now you know how to set parental control on your electronic devices, you do not need to worry about your children playing with your phones. Your phone is smart, the world is smart and so must be your technology. Use it to fullest!

The increasing threat of Ransomware

March 3, 2014by admin in IT Blog tagged Security

Among several kinds of malicious software, ransomware is one kind of such software that criminals install on your computer purposely so that they can lock it from a remote location. Many of you might have noticed this message: “This operating system has been locked for security reasons.”  This is a type of ransomware attack. It then demands payment before you can access your files or programs.

There are various forms of ransomware malware. Cryptolocker is one of the most vicious forms. As the name suggests, it encrypts all your files and locks you out.  The encryption key is withheld by the hackers themselves and the level of RSA encryption makes it impossible to crack. 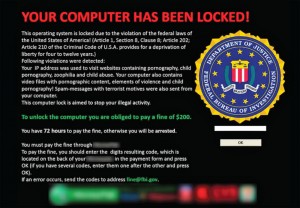 How does Ransomware get installed?

Ransomware gets installed on your personal computer via opening a malicious email attachment or clicking a malicious link in an email or social networking sites etc. You can also be the victim of ransomware when you visit a malicious website.

Ransomware that locked a screen and demanded payment was first found in Russia in 2009. According to Norton by Symantec, from last three years it has been observed that there have been a huge number of professional cyber gangs using ransomware which has led to multiple troubles such as:

How to prevent your computer from Ransomware?

Furthermore, to detect and remove ransomware and other malicious software that might be installed on your computer, you should run a full system scan with an appropriate and up-to-date security solution. Here are some lists of Microsoft’s product that can help you to detect and remove this threat:

So now you know some preventive methods to stay clear from ransomware, aren’t you going to apply it? Stay safe and make safe environments with your computers. If you have any queries regarding ransomware then contact us at support@wavehill.co.uk or simply dial at 020 8293 0100. We are just a call away from you.